Launched in June 2016, K Sports is an ambitious new sports organisation, headquartered at the 28-acre, former Cobdown Sports and Social Club site in Ditton, Kent. K Sports’ mission is to increase participation and foster excellence across a range of sports, as well as support academic achievement and vocational learning.

The centre operates its own elite sports programme, K Sports Soccer, which is based at the Cobdown site, and also has outreach programmes. Its football delivery arm is headed by former player and Leyton Orient manager Andy Hessenthaler, who holds an UEFA A Licence. The programme’s delivery focuses on player development and providing apprenticeships in coaching.

In the long-term, K Sports’ aim is to develop a county-wide delivery network, utilising strategic partnerships with a range of organisations.

To achieve its goals, K Sports has announced plans to invest heavily in upgrading and adding to its facilities for football, hockey and squash at the Cobdown site.

As part of the ongoing development, SAPCA member CLS Sports was appointed to construct two new pitches – one for football, the other for hockey – at K Sports.

The location presented a few challenges, all of which CLS successfully negotiated. “The hockey pitch was especially tricky, as the pitch location was 1m lower than the adjacent water course,” says Stephen Miller, Contracts Director at CLS.

“Despite the topographical challenges, both synthetic pitches were built to elite standards. The hockey pitch is constructed to FIH national standards and the 3G pitch accredited to FIFA 2-Star standard as well as World Rugby standards.”

CLS’ work on facility has enabled K Sports Hockey to return home to Cobdown. The pitches have also become revenue generators and are in regular use by local teams and clubs. The 3G pitch has already held a number of county matches and regularly hosts training sessions for Saracens RFC.

“As with most projects, minor problems were encountered, which CLS overcame seamlessly. The extra works were competitively priced and carried out professionally”said Alan Dennington, CEO of K Sports.

The works were part of the first phase of a larger redevelopment at K Sports, which included the construction of five new squash courts – including a glass show court – a four-team changing block and a health and fitness club.

The club house has also been completely renovated in order to establish a high quality restaurant and to improve the club’s event capabilities. 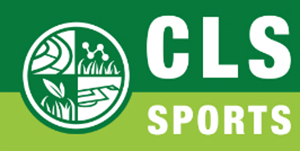