In August 2019, PST Sport commenced rebuilding a hockey pitch for Gravesham Sports Trust in Kent. The 20-year-old pitch was suffering badly from subsidence. Gravesham Sports Trust is a charitable trust that provides multi-purpose surface sports facilities in the Borough of Gravesham for use by schools and members of the community thus ensuring continued participation in sport.

The pitch had become almost too dangerous for use because beneath the synthetic grass surface there were significant areas of subsidence and consequent surface deformation. Gravesham Sports Trust had struggled for some time to find a solution.

Several prominent clubs use the facility – Gravesham & Wellcome Hockey Club play home games there. It is also home to Gravesend Ladies Hockey Club and Meopham Ladies Hockey Club. Not finding a solution meant these clubs would have been left without training grounds.

PST Sport say that “Innovation has been a huge factor in their success to date. Years of research and development have allowed the development of a pioneering sub-base design that ensures pitch stability for the long term. Through continued focus on research and development to perfect pitch bases, we were able to carry out a PST Base site survey to assess the condition of the sub-base formation, and the adequacy of the existing soil sub-grade strength for support of the existing synthetic sports pitch. By scanning the entire surface to determine how the pitch base was constructed, we were able to formulate a cost-effective design to remedy the sub-base and provide a long-lasting pitch base.

“Ground penetrating radar (GPR) was used to determine the exact nature of the sub-base make up. The data delivered from the GPR survey allowed us to determine the extent of the affected areas. We concluded that the construction layers surrounding the four lighting column bases had been poorly compacted and had lost strength resulting in significant settlement over time.”

Kenny Abbott, General Manager, UK Operations at PST Sport said, “To have the ability to ‘see’ what is under an old pitch gives PST Sport confidence in design and allows us to work closely with clients to deliver cost certainty where previously there was risk. PST Base gives both PST Sport and our clients confidence in project design and cost.”

Once PST Sport had a full picture of the nature of works required the next stage was the removal of the existing carpet and shock pad. These were sent for recycling. Remedial works followed to resolve the sub-base defects followed by resurfacing with high performance sand-dressed hockey carpet and shock pad.

Care was taken to remove the existing synthetic surfacing system and expose the base. The base was excavated to the required depth, arisings were treated and stabilized and placed and compacted using recognised techniques. New kerbing was installed to required line and level and asphalt was laid onto the newly treated sub-base.
Approximately 500 m2 of the base was remediated and tested for level and strength prior to laying PST Sport synthetic playing surfacing for National Hockey.

5,800 m2 of hockey carpet and in-situ shock pad was installed over the engineered stabilised base. PST Sports claim that the surface used in their hockey fields have more fibre per square metre than comparable products and have been fully tested with hockey specific shock pad systems leading to greater stick control, improved foot/surface interaction and a faster game.

Sue Jones, Project Manager, Gravesham Sports Trust said, “From day one of the project I cannot fault PST Sport for their enthusiasm, technical knowledge and commitment. The innovative ground penetrating survey gave myself and my client surety over our budget and allowed us to pre-plan remedial works thus reducing the programme. PST Sport’s attention to detail ensured a smooth and quality installation and has resulted in a top-class playing surface that, without exception, has been positively received by players. I would not hesitate in recommending PST Sport for future installations.”

The official opening ceremony for the new pitch took place on Saturday the 19 October 2019. Colin Teahon, Managing Director, PST Sport commented, “We are delighted to have delivered this world-class facility to our client. Over the past couple of months, we have worked closely with Gravesham Sports Trust to hand over this state-of-the-art sports surface. Thank you for putting your trust in us. The new surface mimics the highest performance standards of hockey offering a true, fast and skillful game of hockey for players of all abilities.”

Installation has resulted in a top-class playing surface

From day one of the project I cannot fault PST Sport for their enthusiasm, technical knowledge and commitment. 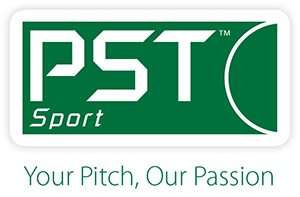