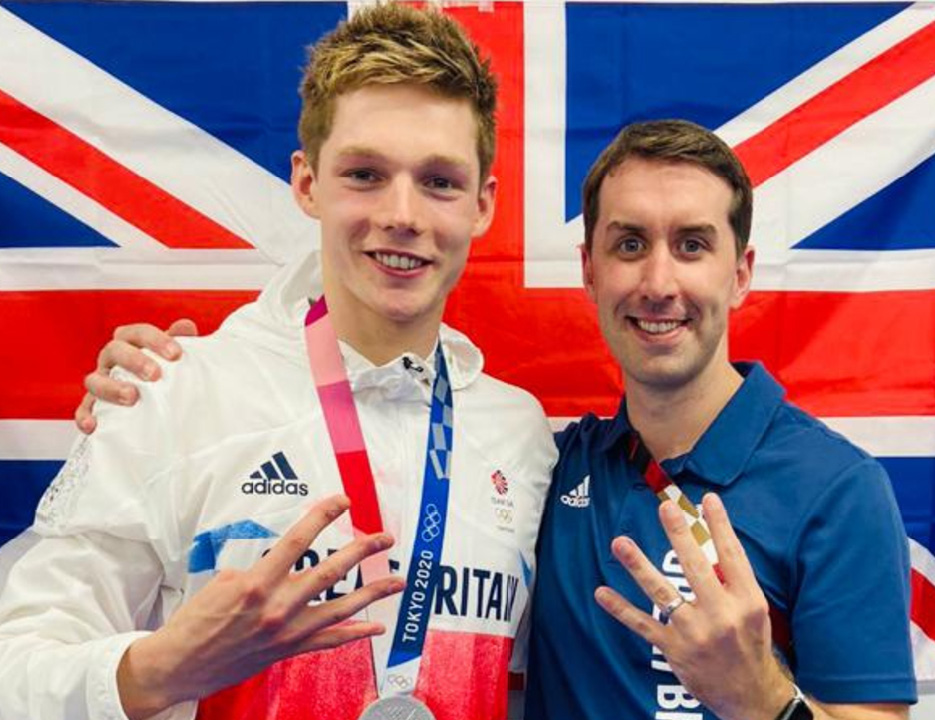 Photo: Duncan Scott, with his coach Steven Tigg, after becoming the most successful British Olympian at a single Olympic Games – winning a record four medals (Credit: University of Stirling).

Can our sporting infrastructure support high performance and target the inactive?

Following on from the success of Team GB at the recent Olympic and Paralympic Games, this webi-nar brings together representatives from the UK sports sector who are involved in the development of elite athletes, to ask how sporting infrastructure can support high performance, as well as targe-ting the inactive parts of the population.

This webinar if free of charge. Register via email at congress@iaks.sport (until 22 September 2021, 5pm latest).