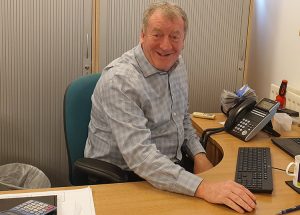 Industry stalwart Mick O’Brien has retired and stepped down from his role as Director of the Sports Division at O’Brien Contractors.

Mick has spent the past 40 years at the company, which he helped develop – together with his brother Peter – from a £30,000 turnover firm in the early 1980’s to what is now a nationwide operator with a turnover of around £30m. Today, O’Brien has three main markets – sports facilities, civil engineering and general construction.

Mick will be replaced by Stuart Chamberlain, who has been named as O’Brien’s new Director of Sports. 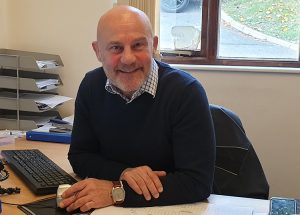 Stuart, a fellow industry veteran, has worked in the construction industry for more than 40 years – 13 of them with O’Brien. Stuart started in the business as contract manager, before being promoted to the role of director nine years ago. In 2020, Stuart was named Executive Director at O’Brien.

“Stuart brings a vast amount of skill and expertise in high level management on major projects to his new role heading up the division,” O’Brien Contractors said in a statement.

“He will continue the legacy left by Mick and develop the operation further within the industry sector.”