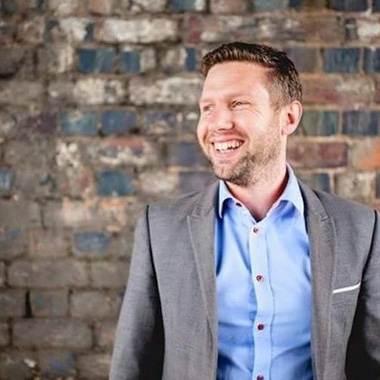 The Sport and Play Construction Association (SAPCA) has appointed Richard Shaw as its new CEO. Richard joins the association from Learn by Design, an education outreach company where he has spent the past three years as chief operating officer. He will begin in his new role on 1 June, replacing the retiring Chris Trickey, who has steered the association since its inception in 1997.

Richard has a strong background in operations, projects and stakeholder management. At Learn by Design he managed and developed the company’s National Citizen Service contract, growing it from a £4m contract in 2017-18 to a £12m contract two years later.

According to SAPCA chair, Jason Douglass, Richard will play a crucial part in the future plans for the association, which this year celebrates its 25th anniversary.

“These are exciting times for SAPCA and Richard’s appointment will signal a new era, as we begin to set out and deliver on our plans for the years ahead,” Jason says.

“The skills Richard will bring to the role of CEO are perfectly aligned with SAPCA’s direction of travel, which will, among other things, see an increased focus on helping SAPCA members thrive in an industry still recovering from COVID-19. He will also play a key role utilising the opportunities – as well as tackling the challenges – which the industry is facing in areas such as environmental sustainability.”

Commenting on his new role, Richard – who is passionate about sports and is a season ticket holder at Aston Villa FC – says: “Throughout my career in the private, public and third sector I have worked on projects that I believe make a difference and am passionate about.

“The work that SAPCA does – and the potential it has to respond to the challenges that we face as a country post-COVID are exciting and will be a fantastic challenge.

“As a parent, a football coach and as someone who regularly plays sport, I understand the need for high quality facilities. They help achieve the outcomes that we all want in society – a healthier, happier, resilient and more inclusive population.

“The delivery of high quality facilities isn’t just about a better place to play but a better way of life.

“In my previous roles, over the past seven years, I’ve delivered a wide range of programmes to young people on behalf of government and business. The decision to step away from this type of work has not been easy, but I am looking forward to a new challenge at SAPCA as it’s a chance to support young people in a different way.”