Winners in three categories chosen from a list of 15 finalists

SAPCA Awards, now in their fifth year, celebrate achievements in the sports and play facility industry

A creative temporary surfacing solution declared the “biggest breakthrough in hockey since the Montreal Olympic Games”, an innovative piece of testing equipment and an ambitious sports hub project have been announced as winners of this year’s SAPCA Awards. The trio beat strong competition from an overall short list of 15 entries to be declared winners across three categories.

SAPCA Award – Project of the Year: TGMS Ltd for the Sports Hub project at Berkhamsted School

Now in their fifth year, the Awards are organised by the Sports and Play Construction Association (SAPCA) to celebrate achievements in the sports and play facility construction industry. Each year, SAPCA members are invited to submit entries to celebrate their successes; whether a new product or service, a technical innovation, a completed project, a research project, or an export success. The SAPCA Awards were presented at the Association’s Annual Dinner, held this week at St George’s Park National Football Centre. 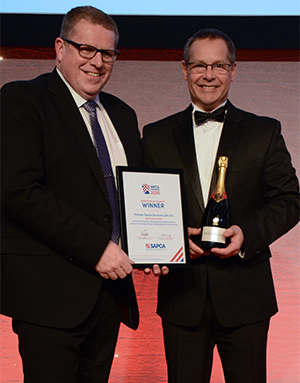 Big Stadium Hockey could be the biggest breakthrough in hockey since the 1976 Montreal Olympic Games – when hockey was first played on synthetic grass. While the move from grass to synthetic surfaces transformed hockey as a sport (making it quicker, for example), it also resulted in competitions largely being held at smaller, hockey-specific venues.

Big Stadium Hockey is a portable pitch technology, which has been designed to bring hockey back to existing, major venues. The vision was led by England Hockey and included a team of industry experts – including Polytan, an International Hockey Federation (FIH) global partner and official Olympic and World Cup hockey turf supplier.

Big Stadium Hockey meets all FIH standards and can be installed, used and removed in a short space of time on top of a variety of sub-bases. It has also been designed to have a low environmental impact, while ensuring it is economically viable for all partners and stakeholders to use.

Elements of the system were developed and repeatedly tested to ensure it met the key requirements of athlete welfare, pitch performance and protection of the existing surface. A crucial part of the process was player feedback at each stage – to ensure the pitch provided a surface which supported play at the highest level.

The first project was installed converting the home of Harlequins RFC, The Stoop in London, to a hockey stadium to host England’s home matches against the New Zealand Blacksticks. The event was a great success putting hockey on the larger stage where it deserves to be. It was followed by a second event at Energie Park in Dublin for the Ireland Olympic qualifier.

So successful were the two events that it has now led the FIH to create a new category for certified, portable pitches – called Temporary Overlay Pitch Systems (TOPS). 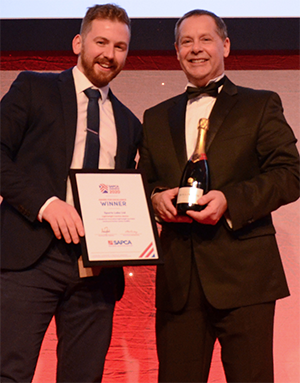 Since its inception in 1975, the device used for measuring the rotational resistance of sports surfaces has remained largely unchanged in its rudimental design and operation. With a specified dropped mass of 46kg, the equipment weighs the same as an average 16-year old – requiring two technicians to manoeuver it between test locations. The device also requires partial disassembly for transit – and full disassembly into multiple cases, if flight travel is required to reach the testing site.

To overcome these issues, Sports Labs has developed a simple, but innovative lightweight and highly portable rotational resistance tester (LwRR), capable of providing results with a resolution ten times greater than that of a conventional device with comparable accuracy and precision.

The device requires no disassembly for flight transit and comes in at a total weight of under 10kg – more than 35kg lighter than the current device, making it safe for operation and lifting by a single technician. The overall outcome is a device that is highly accurate and will help to reduce overheads incurred through staffing and travel costs. 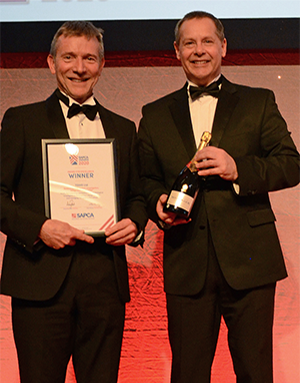 Berkhamsted School has developed a reputation as a leading school for sport and has had particular success in lacrosse and netball. In 2016, Berkhamsted was ranked 10th among independent schools, based on performances across 20 major sports by the School Sport Magazine.

Recently, the School identified a strategic need to increase netball and tennis court provision at their Kings Road campus. It also wanted to address a significant logistical transport challenge of a lack of parking, difficulties accommodating coaches and severe congestion at pick-up/drop-off times which was impacting negatively on the school and the local community.

The school appointed TGMS to coordinate detailed investigative work, to prepare a technical design solution and to project manage the development project. Following a range of traffic-flow planning, trials, surveys and detailed site investigations, TGMS came up with an ingenious solution to construct the new multi-use tennis and netball facilities and to convert two existing courts into a new car park with a continuous-flow parent drop-off/pick-up zone.

SAPCA Chief Executive, Chris Trickey commented: “With a record number of entries this year, and so many outstanding achievements, our judging panel certainly had a tough job. The three winners – and all of the finalists – exemplify the breadth of technical expertise and innovation across the industry and the very high standards of sports and play projects being delivered.”

The 12 other finalists were:

Rosehill Sports and Play
An export success to Australia, where Rosehill’s coloured TPV rubber granules have been used to create playgrounds at hundreds of schools and childcare centres.

Tony Patterson Sportsgrounds Ltd
60,000 sqm of elite-level synthetic and natural playing surfaces with 5,500 sqm of new roads and car park, plus a bespoke pavilion building at the University of Limerick.