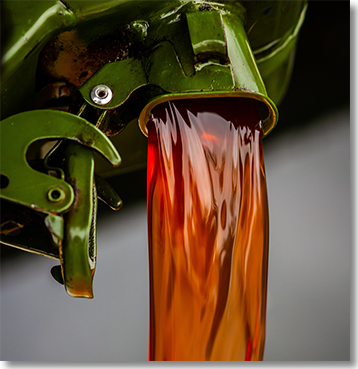 The Sports and Play Construction Association (SAPCA) is calling for a delay in the removal of the red diesel rebate in the face of constantly and rapidly rising fuel costs.

The withdrawal of the rebate on red diesel is set to take place on 1 April 2022. From that date, companies in the construction industry will no longer be able to use red diesel in any of their non-road mobile machinery, excavators or small plant. Instead, they will need to switch to white diesel.

The change is a significant one for all construction companies, especially as it comes on top of an already sharp increase in the price of oil.

The war in Ukraine is the latest factor in a “perfect storm” of events – set in motion by the pandemic and extreme weather events during 2020 – which have resulted in fuel prices hitting a record high this month. The price of oil has jumped to nearly US$140 a barrel, the highest level for almost 14 years.

The combination of market volatility and the removal of the rebate – if allowed to happen – will contribute to a huge rise in the cost of fuel for all construction companies.

Careful estimates show that – once the 46.8ppl rebate on red diesel is removed and companies are forced to use white diesel – a company spending £20,000-£25,000 a month on red diesel can expect to be paying in excess of £8,000 more each month. This figure doesn’t take into account any further, inevitable price increases and the effects that a likely ban on the importing of Russian oil into Europe will have on the cost of fuel.

SAPCA CEO Chris Trickey said: “These are unprecedented times and the red diesel policy change would take place at the worst possible time for the construction industry.

“We’re calling on the government to place a twelve-month deferral on removing the red diesel rebate. It is the sensible thing to do and will ease cost pressures on not just the 200-strong SAPCA membership but their end clients too – those looking to build and improve the UK’s sports facility infrastructure.

“If the rebate is removed, those involved in sports and play facility projects will need to incorporate the extra cost into quotations for work. This would mean that those looking to develop facilities – from schools to sports clubs and other facility owners and operators – might be forced to delay or even rethink their plans.

“Allowing a potentially large increase in the cost of sports and physical activity facility development projects flies in the face of the government’s post-pandemic plans to ‘build back stronger’ and create a healthier nation. We hope the government sees sense and delays the removal of the red diesel rebate.”

SAPCA is one of a number of industry associations and sector bodies to have called for a delay to the red diesel changes. Others include National Federation of Builders, the Road Haulage Association and the Scottish Plant Owners Association.

The government announced its plans to remove the rebate in 2020, as part of its goal to end the UK’s contribution to global warming and to bring the country’s greenhouse gas emissions to net zero by 2050. According to the government, red diesel accounts for around 15 per cent of all the diesel used in the UK and is responsible for the production of nearly 14 million tonnes of carbon dioxide a year. SAPCA fully endorses the government’s target of net zero by 2050, and will support action to achieve it.