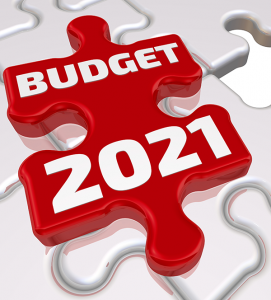 The Sports and Play Construction Association (SAPCA) has welcomed measures revealed in the Autumn Budget which underpin the government’s plans to support growth through significant investment in infrastructure.

Published on 27 October, the Budget features a number of actions which impact the construction and leisure sectors. These include £1.7bn worth of investment from the Levelling Up Fund into towns and cities across England and a £3.9bn fund to aid in the decarbonisation of buildings across the UK.

As part of efforts to make the construction industry more environmentally sustainable, Chancellor Rishi Sunak also revealed an initiative which will see plant and machinery used onsite for renewable energy being exempt from business rates altogether until 2035.

The Budget also included other pledges for investment which will benefit the sector, such as a further £9m of funding being earmarked to assist local authorities in creating 100 new ‘pocket parks’ to regenerate urban spaces.

Perhaps most significantly, however, the Comprehensive Spending Review, which accompanied the Budget, outlined that a further £205 million of government funding will be made available to invest in community sports facilities across England in the next three years.

The funding will be used by the Football Foundation to target communities up and down the country who will benefit most from access to better sports facilities. These regions reflect the priority areas set out by the Government in its ‘Levelling Up Agenda’ – 70 percent of Football Foundation funding will be going to category 1 and 2 areas identified by the Government across England.

Many of these improved grassroots facilities, while rooted in football, will host a range of other community sports, including rugby and cricket.

In addition to the investment in infrastructure, the government also offered sport, fitness and leisure venues a welcomed tax break in the form of a 50 per cent cut in business rates over the next year.

Chris Trickey, SAPCA chief executive, said: “The past 18 months have been tough on every single sector of the UK economy – as well as society in general.

“While the disruption caused by the pandemic has been severe, it has been reassuring to see how resilient our sector is. To witness the way our members have tackled the challenges they’ve faced, while adapting to new ways of working, has been nothing short of inspiring.

“We welcome the measures announced in the Budget which aim to help the UK build back better – as well as the initiatives to promote sustainability across the construction sector. I know our members will be particularly pleased to see significant funding earmarked for improving the sports facility infrastructure.

“Sport plays an important role in the lives of millions of people and it is great to see the government make a commitment to improving facilities and to enhance opportunities to get physically active.”