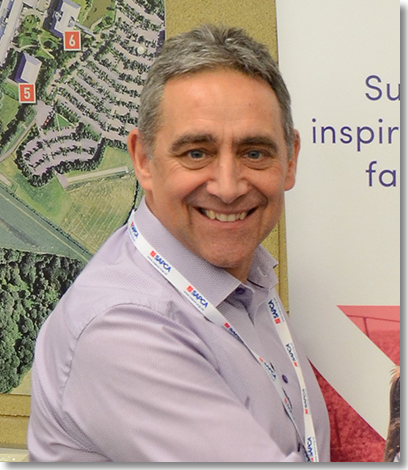 SAPCA chief executive Chris Trickey has announced he is retiring this year. Trickey has held the role since the launch of SAPCA in April 1997.

During his 25-year tenure, Trickey has overseen the growth of the association from a small group of specialist sports builders into a thriving organisation with more than 200 members across the sports and play construction sector.

“I joined as SAPCA’s first employee, my first task being to register the company,” Trickey says.

“The foundations of SAPCA were laid through the amalgamation of two separate, smaller associations that had been running since 1986 – the Tennis Court Constructors’ Federation and the Synthetic Sports Surfaces Association, the latter mainly comprising builders of pitches and tracks.

“The expansion of SAPCA’s membership base has seen a much wider range of companies join, including a diverse range of contractors – such as specialists in maintenance, lighting, fencing and indoor structures – as well as architects, manufacturers, suppliers, consultancies and test laboratories.

“The combined membership of SAPCA now stands at more than 200 companies and organisations.”

Trickey will step down this summer and the search for his replacement has now begun.

SAPCA is inviting applications for the full-time role from people with a strategic mindset, a successful record of management and leadership and an ability to implement strategies and business plans.

The recruitment process is being managed by Clover HR. For more information on the role, click here.