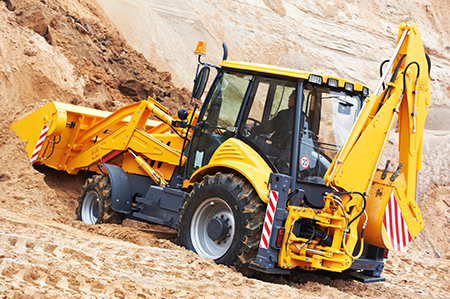 While the headlines have been focusing on energy regulator Ofgem hiking up the energy price cap for households by £693, there’s another change in the cost of fuel which will soon have a huge impact on the construction industry.

Construction businesses are currently busy preparing themselves for the withdrawal of the rebate on red diesel, which will take place on 1 April 2022. From that date, companies in the construction industry will no longer be able to use red diesel in any of their non-road mobile machinery, excavators or small plant. The measure will also extend fuel duty to some biodiesel, bioblends and fuel substitutes

The government announced the move in 2020, as part of its goal to end the UK’s contribution to global warming and to bring the country’s greenhouse gas emissions to net zero by 2050. According to the government, red diesel accounts for around 15 per cent of all the diesel used in the UK and is responsible for the production of nearly 14 million tonnes of carbon dioxide a year.

Businesses should carefully consider the cost implications of a move to ‘white’ diesel. The red diesel rebate is currently 46.8 ppl, but once this is withdrawn, the cost will be in line with the full cost of white diesel.

The move will be significant for all companies – especially as it comes on top of volatility and sharp increases in the price of oil. A company spending £20,000-£25,000 a month on red diesel can expect, from 1 April, to be paying around £8,000 more each month.

This is on top of constantly rising diesel prices. The cost of red diesel has already increased from 52p per litre in January 2021 to 72p per litre in January 2022. This means that, in addition to the rebate being pulled, construction companies will be paying – even without any further increases in the price of fuel – around 67p more for each litre of diesel in April 2022 than they did at the beginning of 2021. In total, some estimates show that the removal of the rebate could cost the UK construction industry an extra £480m a year.

SAPCA members, alongside the rest of the industry, will no doubt need to incorporate this extra cost into quotations for work that will be carried out after March 2022.

Another thing to consider following the change is security. Many contractors use 1,000 litre or 2,000 litre fuel tanks on site. As white diesel is a more attractive target for thieves, storing it in these tanks might require extra arrangements to keep them safe.

Companies will also need to prepare for the change by running down stocks of red diesel in storage tanks ahead of the deadline of 1 April. Transition is somewhat helped by the fact that you are allowed to “run down” and mix – within reason – small amounts of red diesel with white towards the end of the rebate period. In the run up to April, companies should be looking at the usage of each tank at their sites and attempt to time refills so they have a minimum amount of red diesel left in tanks by mid- to end of March.

Some industry sectors are exempt from the rebate cut – such as agriculture, horticulture, fish farming and forestry. Companies with machines that are used for work in these sectors, but are also used for “non-allowed” work, will need to flush out tanks holding rebated fuel when switching uses – or use full-duty paid fuels at all times.

Mark Oakley, managing director of Hunter Construction and SAPCA board member, said: “Our understanding is that there is a bit of leeway when it comes to the transition from red to white diesel. Companies won’t have to empty their tanks of red diesel – whatever is left in them – on 1 April and steam clean them before refilling them with white diesel.

“You are allowed to dilute residual amounts in the tank on 1 April – but you’re meant to ensure there are only small quantities left. If a tank or plant was to be examined and found to have traces of red diesel in it, the operator would be expected to be able to prove that it was a result of a small amount of red diesel being left in a tank which had then been topped up with white diesel.”