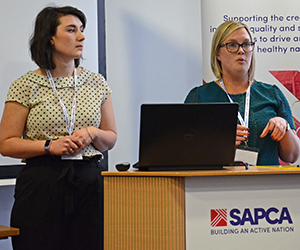 A new professional networking initiative has been set up to support the careers and future progression of women within the UK’s sports and play construction industry. The Women in SAPCA network was officially launched at the SAPCA Conference on 24 February 2020, held at St George’s Park National Football Centre.

The aim of the new group is to provide a platform to recognise and support the professional development and contribution of women in the sports and play construction sector.

According to Hayley Wilson, Estimator at Charles Lawrence Surfaces and one of the driving forces behind the initiative, the network will have a trio of main objectives.

“Our goal is to use this group to improve the representation of women within the sports and play construction industry, to provide a supportive network to empower individuals to achieve their fullest potential and to encourage greater visibility of the opportunities on offer in the sector – especially around education, training and development,” Wilson said.

“I hope it will be a real force for inclusivity and positive change for our industry.”

The official launch of the network at the SAPCA Conference followed an initial forum held in January, at Edgbaston Stadium, which featured a keynote speech by former England cricket vice-captain Laura MacLeod and attracted more than 30 attendees. The event also included a panel discussion, featuring women across different sectors of the industry. During the session, attendees were invited to share their views and suggestions to help create the objectives of the new network. 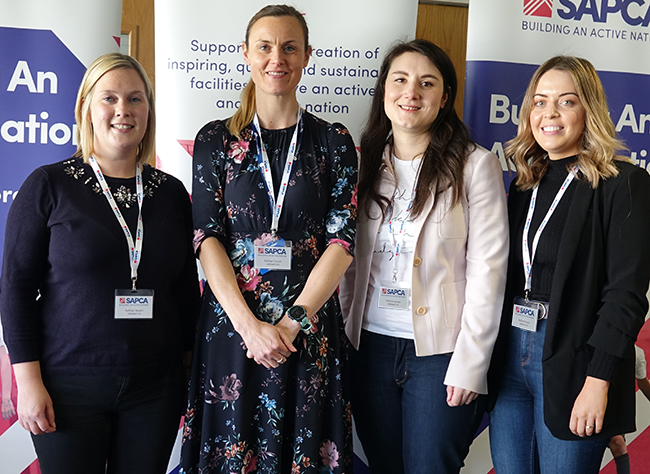 According to Kathryn Severn, Technical Director at Labosport Ltd, the discussion helped identify a number of key areas for the group to focus on.

“One of the common themes was that there were women whose company regularly attends SAPCA events, but they themselves had never attended one,” Severn said. “There was a lot of interest from women in the industry to find out more about SAPCA and what it might be able to do for them.

“The opportunity to meet people in the sector – and being able to network – came up as an important issue. Many of the people at that first meeting recognised names, from exchanging emails or from speaking on the phone, but had never actually met face to face.

“Having those initial face-to-face contacts will hopefully give people confidence to come along to industry events again.”

Severn added that another theme identified by the feedback was a lack of awareness of career opportunities within the sector.

“A lot of people fall into the industry by chance, or they come into it through more generic roles – such as admin or marketing”, she said.

“Many said they weren’t really aware of the opportunities the industry might offer them, in terms of professional development and career advancement.”

Following the official launch, the group will now organise further events throughout the year. These will take the form of workshops, talks and seminars, with the intention of linking some of their content and themes with SAPCA’s existing educational and training programmes, as well as specific challenges and issues identified by the network and its members. The next event is scheduled to take place in June, with details being announced shortly.

Wilson adds that the network is now looking for more people to get involved and help drive the initiative forward through the creation of a formal working group, within SAPCA. Anyone interested in getting involved is invited to contact the SAPCA office.

Welcoming the new initiative, SAPCA Chief Executive Chris Trickey commented: “I have no doubt that the Women in SAPCA network will make a significant contribution to the industry, and strengthen SAPCA’s work to promote to the importance and benefits of equality and diversity within the workplace.”